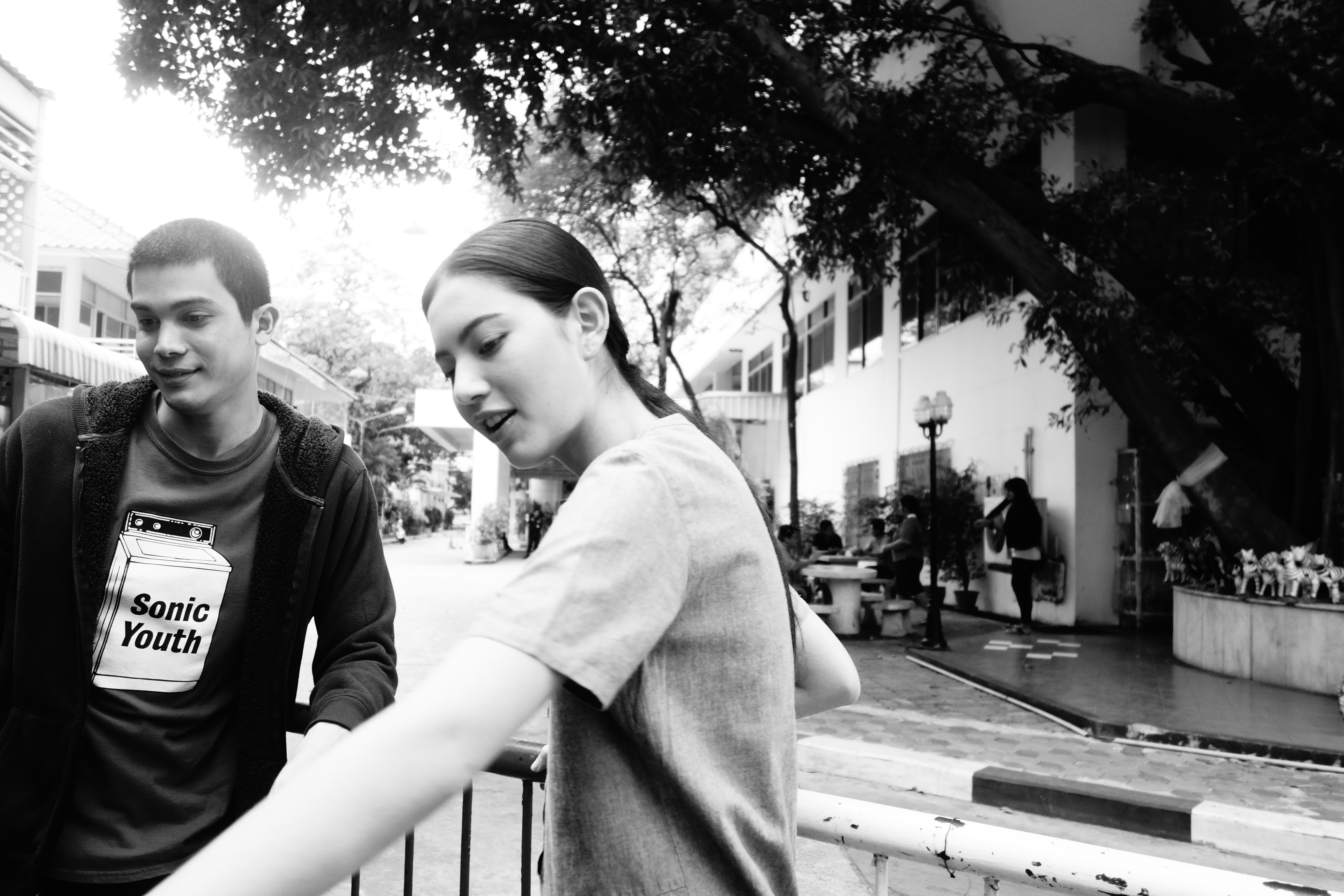 doing a snapshot of people is like a sniper. we have to do it as precisely but quietly as possible. people is always moving and aware , so it's a hard job to catch a second of their good and natural moment. basically, i'm not good at making friend so in my early years of photography i started out shooting the object and the landscape. maybe it's becasue we can control them and direct them. they stay still. however, recently i just realized i'm mostly so inspired by the portrait of people , especially a snapshot of people on film set. i saw a lot of snapshot taken by Jeff Bridges , the great actor who takes a small fish-eye camera to the set and take pictures during the break. i found actors and crew are a group of people who get used to being shot and they are always fantastic with their character, costume. so i have the idea of practicing shooting people with doing a snapshot on my set. it's quite good for the amateur like me as i'm a friend of everyone. it's easy to get close to them, sit next to them and they are willing to be shot. this teaches me a lot about approaching the subject. anyway, it's still difficult to get the right moment. i can't tell them to act again. i can't retake. the great moment comes by chance. so this is not about being friend and being close. it's about how slowly i can look at people's moment  and how quick i can catch that with my compact camera. so it's similar to a sniper with their rifle. this is just lesson 1 .

photo from the set 'heart attack' , taken by me.