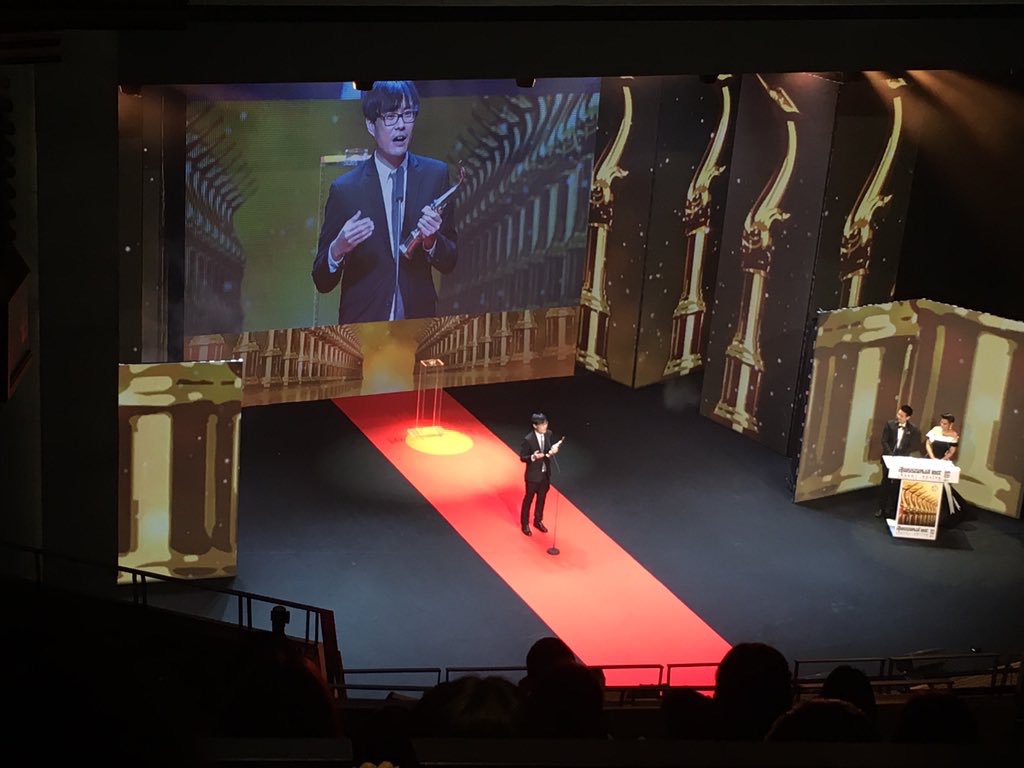 some might say award is nothing when you got enough awards. luckily, i got enough awards this year. it's 4 consecutive years of being on the stage in the award ceremony and giving an acceptance speech. but i still feel the award is something. it's something you should learn about it. i can't refuse it's very good moment when everybody admires you about what you did. but you also can't refuse this award time lasts for only a limited period of time. it's not permanent. you could be happy for it for a week and you need to leave it there, moving on to the new project. people naturally would forget about it so soon, especially in this era when new things are updated 24 hours on everyone's feed.

this year i really love the day after the ceremony when i woke up and found out everything in my house doesn't change. my room is messy until now. my daily routine is the same. my worry about future projects remains. many problems in my life are unsolved. i looked at a piles of awards on my office table. they don't move. everything is like a week before the ceremony. ok, the joyful time happens and ends so quickly. it's one of my best enlightenment ever.

i can't say to the young filmmakers 'hey don't give a fuck to awards, it's an illusion'. i won't say that. what i really wanna speak is 'get a ton of awards as soon as possible to learn they are fucking heavy and have no effect on your next project. so now you can put them down and get back to work on your ongoing project'. as some said, award is nothing when you got enough awards.

i'm 32 and i learnt that what i need to do is just to make good film because the good work is always something and it could stay forever without consideration of any juries.

photo by somebody. thanks :)

(Season 32 is my personal online blog , documenting the feeling of being 32 year-old man in 2016 which is more like the new epsiode of my life. besides, it's for practicing my english writing skill. if grammatically error found , please forgive me and please believe i'm trying so hard)