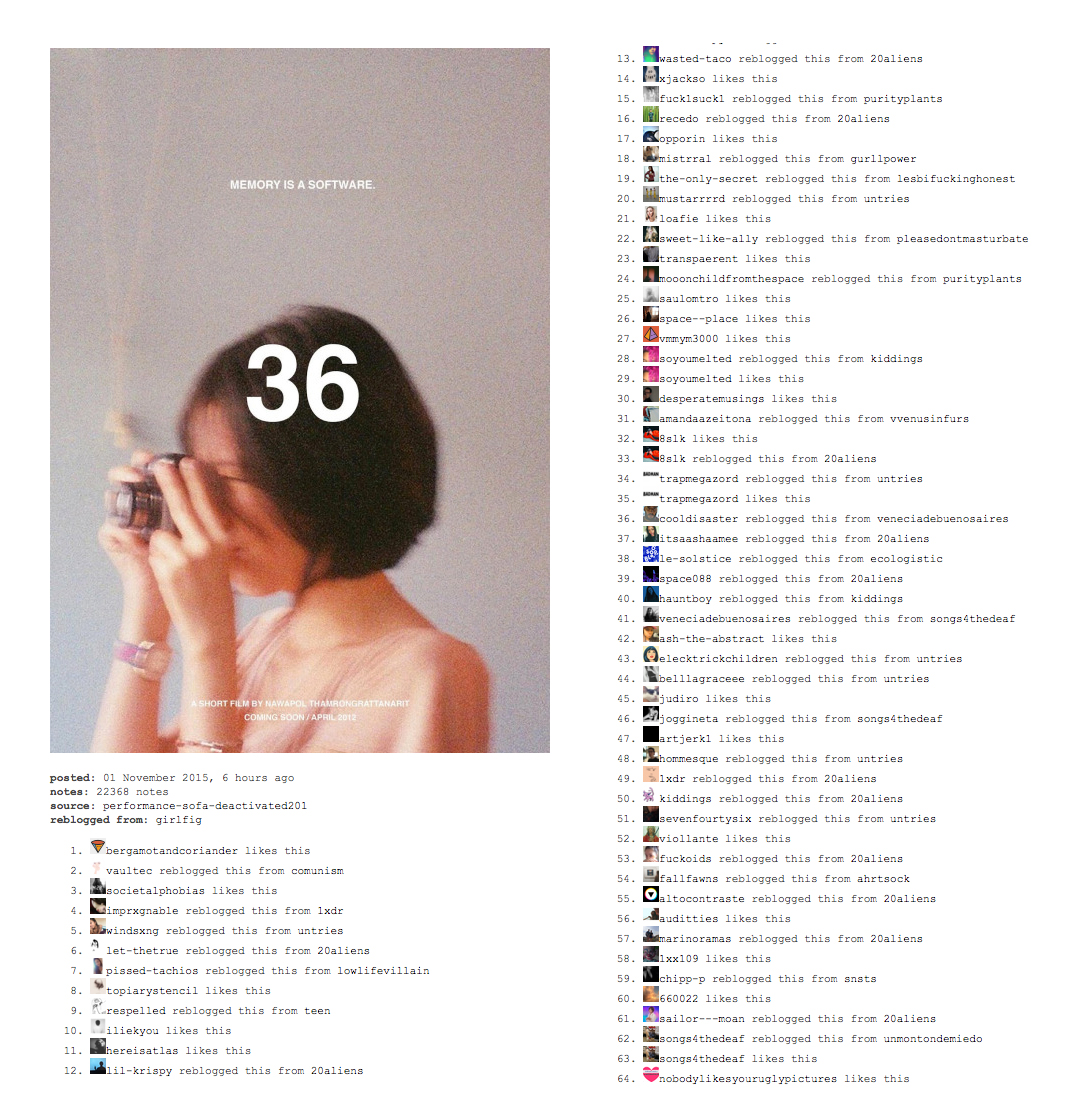 i'm always curious if i can communicate with the world. when i was scrolling down through the tumblr feed and saw my film poster and stills on it , rebloged 20,000 times by users , i feel what i screamed out for few years got heard by somebody now. it went further than i thought. 36 and mary is happy has been running not only in thailand and film festivals but also on someone's computer screen and in the world. to me , perhaps , this is my best reward of making these films , to be culture not just a film. first i thought the films would end up in the festival as my films are not as big or high-profile as other independent films which could be distributed in several countries , spreading over the world. to be appeared in tumblr or pinterest is not the big deal for film industry people but it's precious unexpected thing for me as the filmmaker from the small headquarter in thailand. it points me out i can communicate with the world if i try . so i will try again .